Saturdays Off the 405: Poolside at The Getty

Originally created in 2011 as Fridays Off the 405, the Getty Museum has shifted the evening a day later, and voilà: Saturdays Off the 405!  Saturday evening brought many people together on a very warm evening in the City of Angels when temperatures reached their highest on record.  A perfect antidote was having Poolside perform this week for the masses who dared to partake in the event. 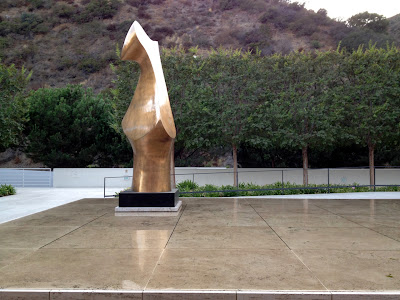 The incredibly beautiful Richard Meier, FAIA architecture awaits as the tram ride begins.  And who here doesn't like a tram??? 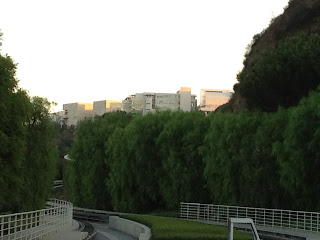 As we took the tram up to the museum, you could see the visible signs of the Sepulveda Pass Fire aka The Getty Fire that scorched the opposite hillside area just a day before.  The fresh scent of charred brush still filled the air. 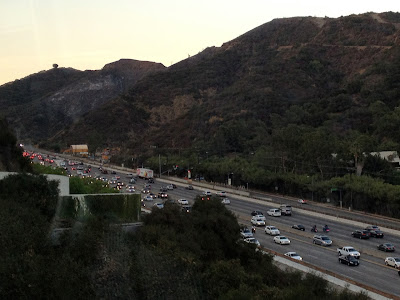 The effects of the fire the day prior could be seen miles away...

As we continued up on the tram, the party had all ready begun in my Fickett-obsessed world.  Lovely enclaves of Edward H. Fickett, FAIA homes could be seen along the way up. 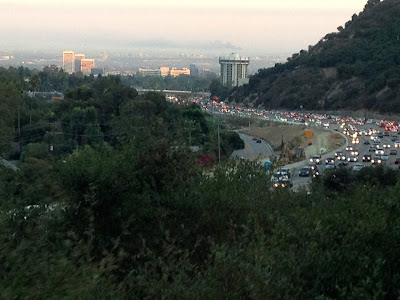 It really is a great event to take advantage of and bring food and wine with may areas to unload and relax.   Along with your best of friends, enjoy the Meier architecture and the music surrounding you while visiting the galleries inside for a quick cool reprieve. 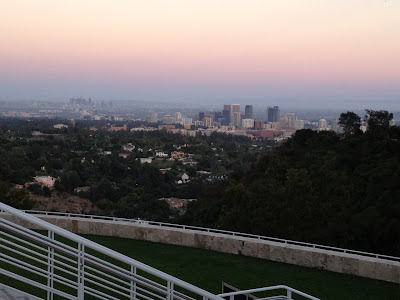 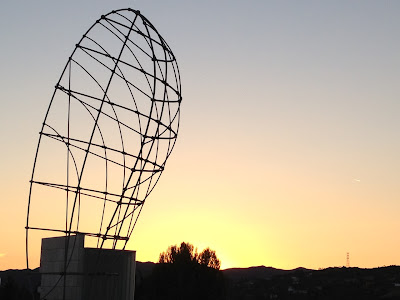 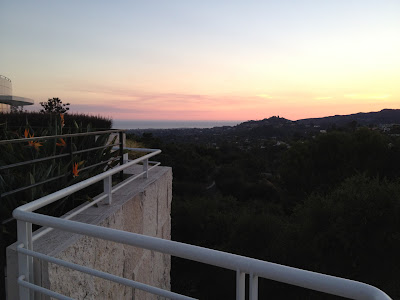 Poolside is  basically the duo of Filip Nikolic and Jeffrey Paradise. This evening as the band played live, the band was made up of four members, Nikolic on lead vocals and bass and Paradise on electronics joined by drummer and percussionist Jason Pipkin and multi-instrumentalist Michael Gold. Fleshed out with congas and old analog keyboards, "there seems to only be one way to describe Poolside's style: daytime disco music." 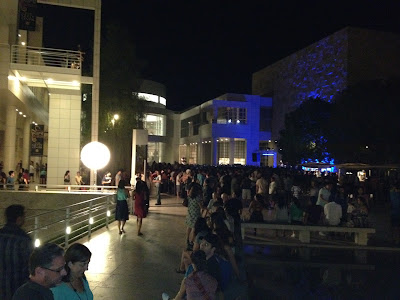 People filled the museum's galleries and outdoor space while taking in the smoke-filled air. 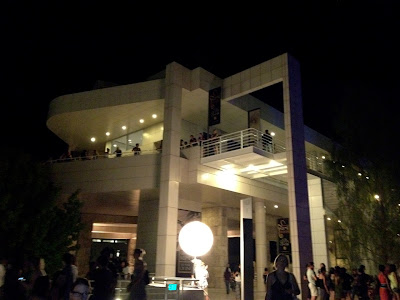 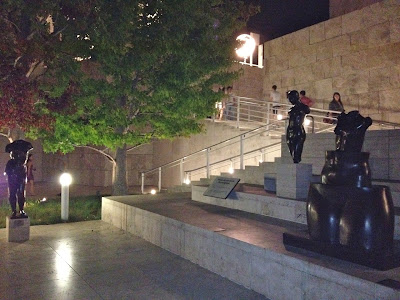 CHECK OUT A VIDEO FOR POOLSIDE'S 'SLOW DOWN':

Posted by modernhomesla at 2:40 AM