After a few years of this prominent modernist home left the market with a price tag of $14,995,000, it only makes sense the estate of Vidal Sassoon brings it back to market now with a current list price of $17,995,000, as mid-century modern homes of this caliber demand the offer price.
Origins:
Originally, "The Singleton House" was built for the wealthy industrialist Henry Earl Singleton (Teledyne Corp.) in 1959, by noted architect Richard Neutra. Singleton was an electrical engineer, business executive, and rancher/land owner who made significant contributions to aircraft inertial guidance and was elected to the National Academy of Engineering.  It is only fitting that an engineer would employ the work of Neutra for this spectacular 4 bedroom 5 bathroom estate.  Originally, the home was built with 3 bedrooms within 3,392sf of living space. 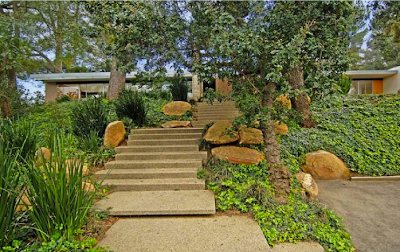 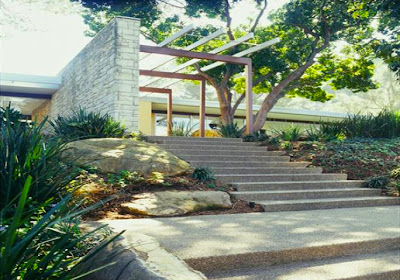 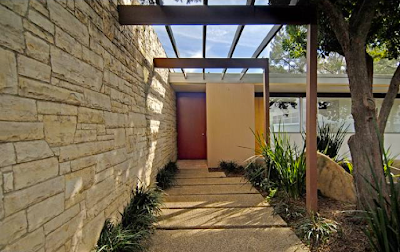 With it's clean architectural lines and a roof seemingly floating on glass, The Singleton House is a fine example of "glass box" modernist architecture. 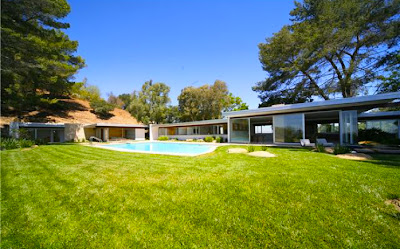 Rennovation Back-story:
When the Sasson's purchased the house, which was unoccupied for two years prior, it was in such poor condition that a section of the roof collapsed two weeks after closing. A couple of months later, part of the property slid into a neighbor's yard. However, Ronnie was determined to restore the house. She began familiarizing herself with Neutra's work and studying pictures of the Singleton House taken by Julius Shulman when the home was new.  The home's renovation was chronicled in Architectural Digest in their article, "Vidal Sassoon's Modernist Retreat".


Due to the extensive abuse by nature and time, Ronnie Sassoon poured her heart and soul into the renovation and thoughtful addition to the house in order to restore the original luster of the house.  Ronnie worked with contractor Scott Werker of GW Associates of L.A. to achieve sublime design results.  They replaced damaged ceilings and poured new terrazzo floors.  At the same time, the team removed a number of walls in order to create larger, brighter interior spaces. They added a master bedroom suite, which Ronnie designed with Werker and building planner Tim Campbell.  The result is an example of taste and thoughtfulness without destroying the integrity of a mid-century modern beauty. 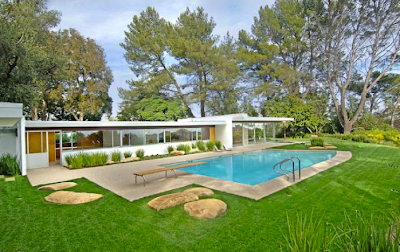 As soon as you enter the house, you are greeted with a living space with cozy built-in furnishings, massive stone fireplace and floor-to-ceiling walls of glass with expansive views. 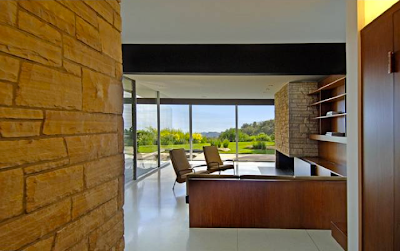 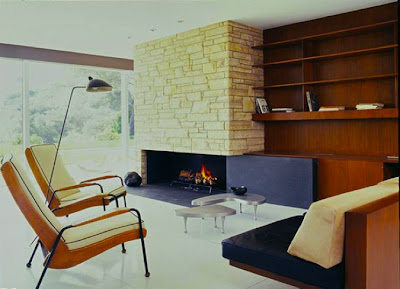 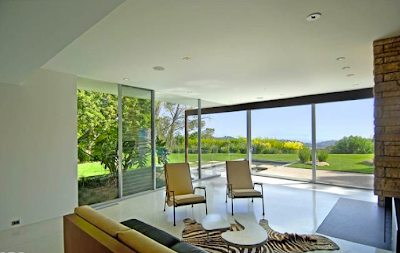 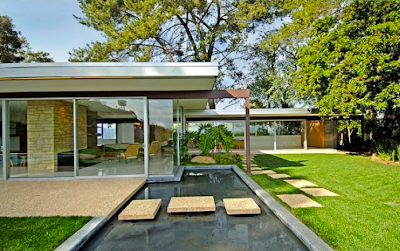 The  home now has an expansive 6,400sf living space and adorned with terrazzo flooring, jalousie windows and sliders, as the ceiling floats atop of the structural I-beams.  I enjoy seeing the built-in bookcases and furnishings still intact. 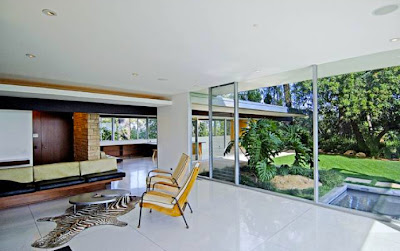 The formal living room includes walls of windows and of course, a sunken bar area for entertaining during those cocktail hours of the late 50s, early 60s. 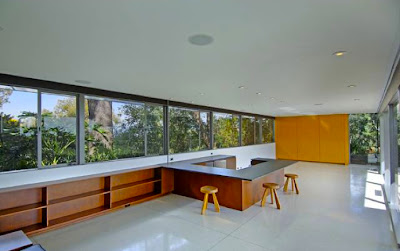 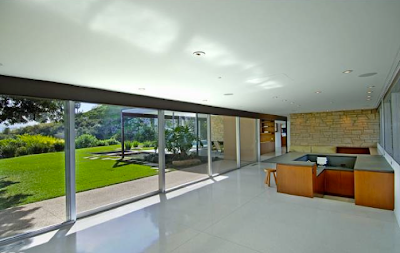 Around the corner from the stone fireplace rests the dining area which adjoins to the kitchen and eating area with plenty of inviting indoor-outdoor access to the pool area. 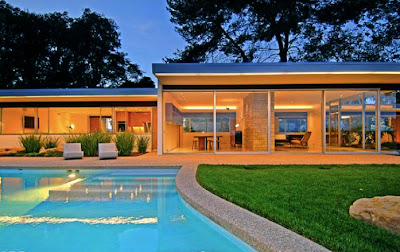 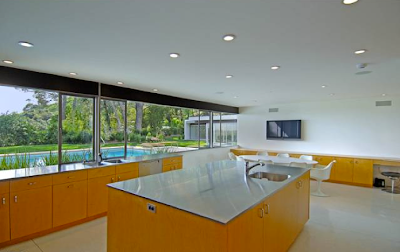 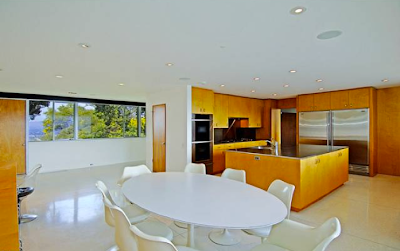 Unequivocally, this chic home is perfect for anyone looking to entertain large parties or anyone looking for a home abutting an nature reserve.  I really enjoy homes with water features as the Singleton House has. 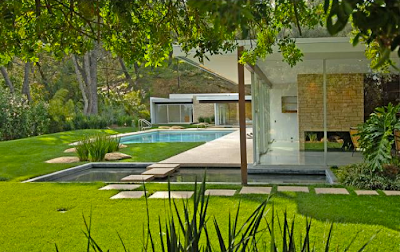 The beautiful soffit lighting in the eaves, creates a subtle awareness of the architecture.  An additional bedroom is located on the opposite wall from the eating area in the kitchen. 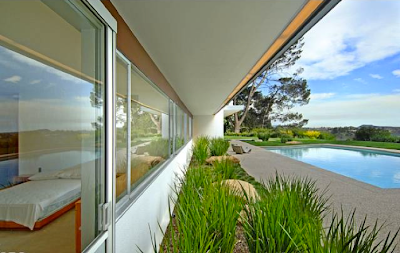 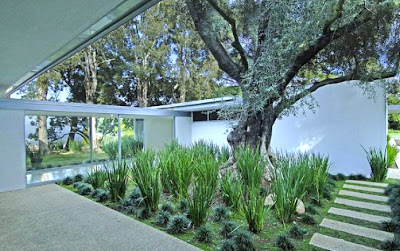 The enclosed breezeway connects the main living area to the additional sleeping area and media room. 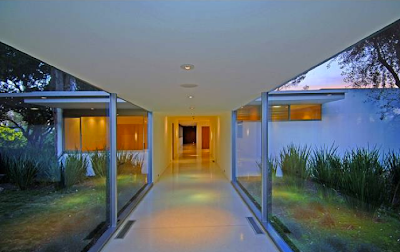 There is a media room with a private garden area outside it's sliding glass wall. 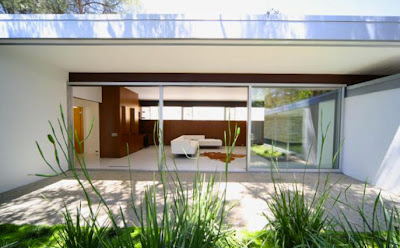 The master bedroom is surrounded by glass with built-in features along with terrazzo floors. 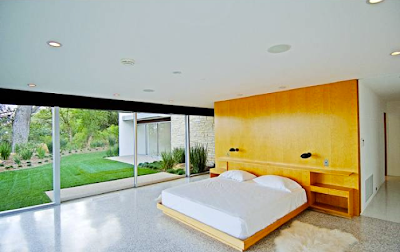 The master bathroom was designed by Ronnie Sassoon and includes a spectacular bath tub made of stone.  The wall of windows can be open to make you feel as if you are bathing in the outdoors.
The outdoor area in the back of the house has a beautiful large pool and mature landscaping. 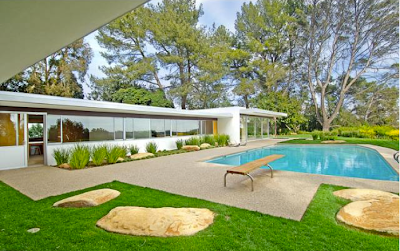 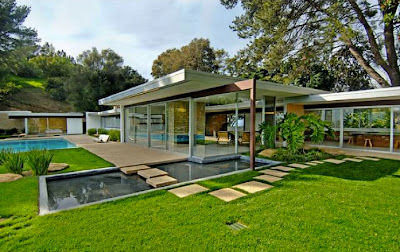 The "glass-box" estate sits on a promontory at the head of Stone Canyon Rd. where it meets Mulholland Dr. 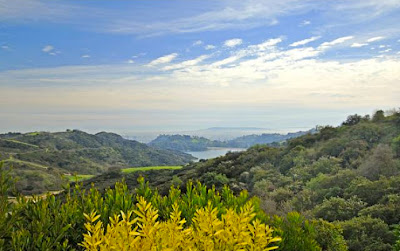 Due to the position of the house on over 5 acres with it's 225,000sf lot, it is not able to be seen off the road, which is perfect for any person looking for optimum privacy. 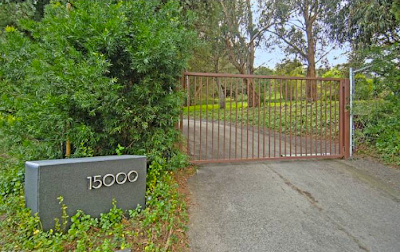 If you are interested in viewing this home, get your Pre-Qualification letter handy. Only those pre-qualified are invited per the MLS listing.

Photos courtesy of Architectural Digest and the MLS with listing held by Kurt Rappoport, WEA.

Posted by modernhomesla at 4:36 PM